The Photography of Rattlesnakes

As some may know (and others may not), I’m crazy about getting decent photos of snakes, especially rattlesnakes. Even when I’m out on a call, if the snake is in a position where it can’t escape, I’ll whip out my camera and get a few shots before scooping up mister or misses snake and getting it into a bucket. When I’m not out on calls, I even spend that free time seeking out snakes to photograph and just to gaze at.

Why photograph them? Well, there’s a few answers to that. Number one is quite simple: to document the look of the snake and compare it to others, as well as check for any pattern irregularities and such. Second is to share the photos through various media gateways such as Facebook, Twitter, Flickr, etc., to share the beauty of these snakes to others who may not have the privilege to see the species I photograph, along with showing people who don’t want to even look at snakes because of misconceptions see the true beauty of them.

In-situ shots of snakes in urban areas can make for some of the most interesting shots due to the variety of shapes and colors in the foreground. However, it’s not just the artistic side of it that is intriguing, it’s to show off that we’ve made a wide variety of hiding places for snakes to use across our yards. But to the unknowing snake, humans have built these shelters for both them and their prey. However, what snakes don’t know is what if a person discovered a rattlesnake taking advantage of the habitat inadvertently build, they’re likely to be killed unfortunately. While there are people who have learned to live with snakes just fine, including rattlesnakes, there are many who don’t, and will kill on sight because of misunderstandings and misconceptions of these special reptiles. The lucky snakes get relocated by people like me, but the amount of lucky ones is a fraction of the number that get killed. 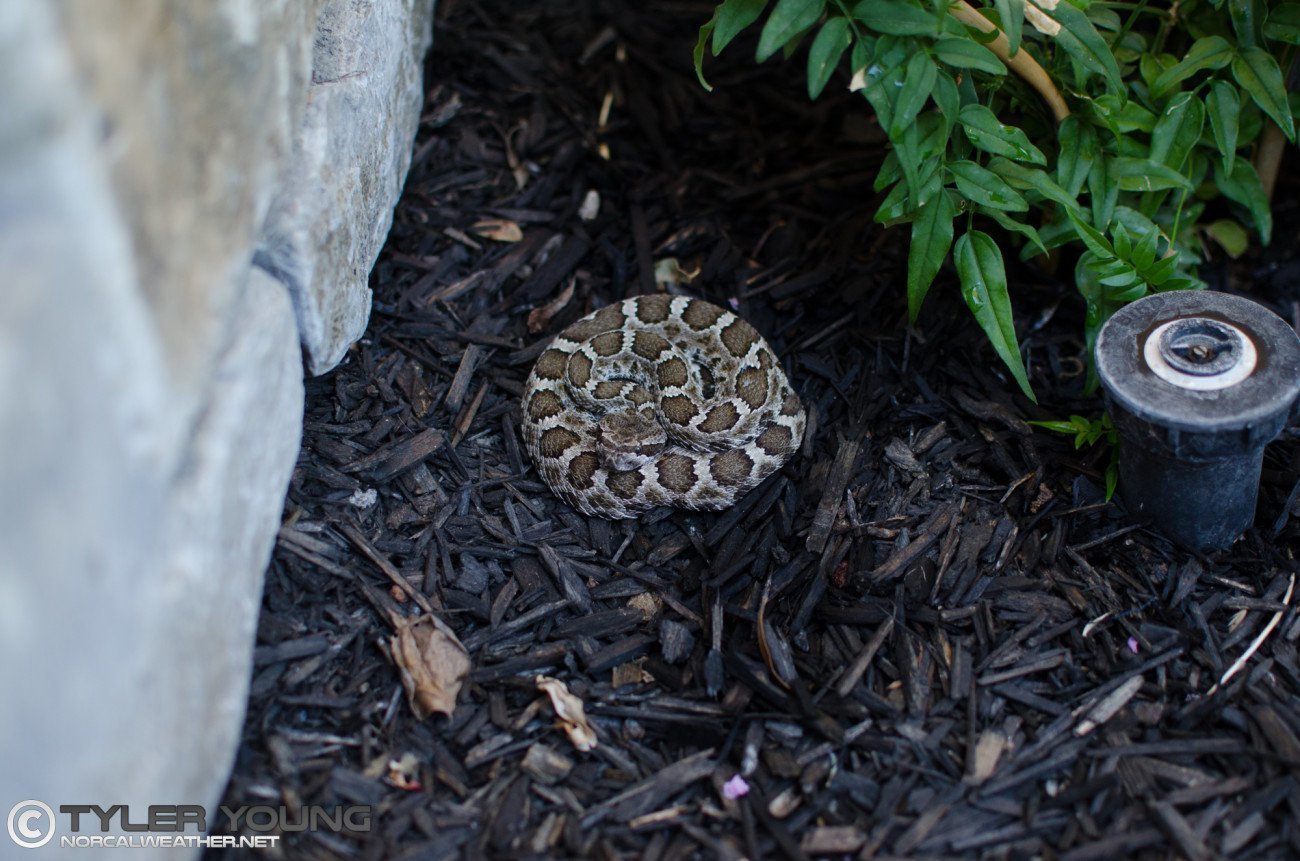 Photo of a juvenile rattlesnake in a planter next to a sprinkler, in Granite Bay.

Alright, aside from that depressing information, back to photography. Most of the time when I’m out seeking snakes outside of calls, I’ll move snakes I find out into the open a better situational awareness around to ensure I don’t crouch over another snake, to have a good view on the subject (the snake). If the snake hasn’t been startled after I discover it, that’s when I go in for in-situ shots. It’s interesting to see the diversity of places snakes tend to hang out, and seems shift from month-to-month. 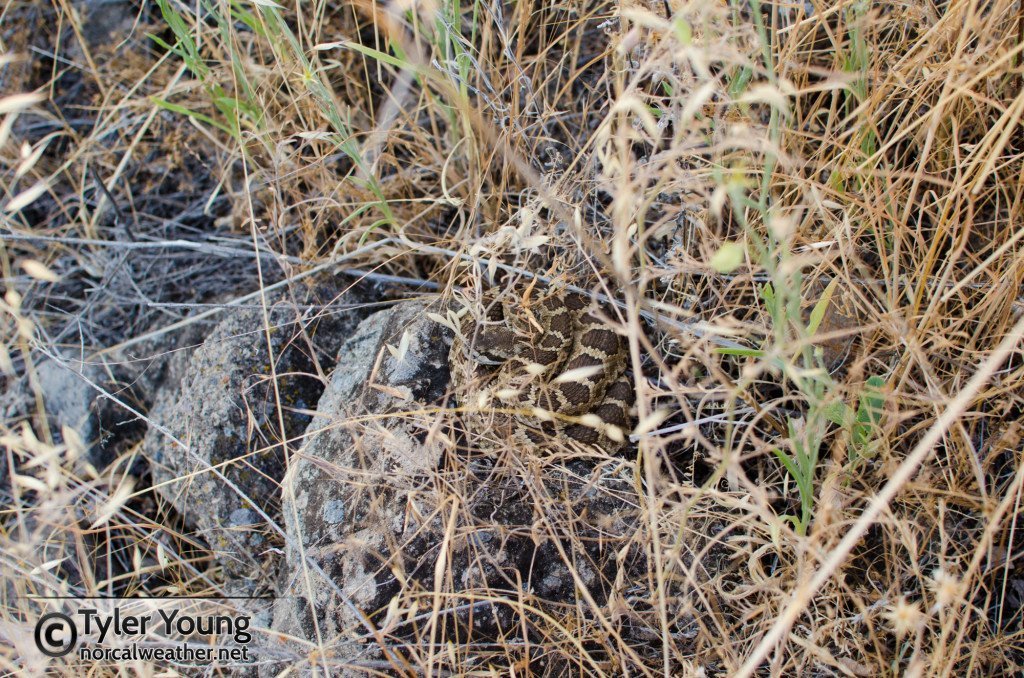 In-situ rattlesnake hanging out on a rock.

I shoot with a D7000 and a couple of prime lenses at the moment: a 35mm and a 50mm. The 35mm works out decently if I want wider shots including habitat, or if there’s something interesting in the foreground to get that in there. The 50mm shot allows for tighter shots of a snake without getting too close. This is most useful with rattlesnakes, creating a relatively safe distance between me and the snake when photographing, but not so tight I need a tripod to eliminate wobble and whatnot. I don’t use any fancy lighting setups, I prefer natural light, and don’t really care for carrying a huge amount of equipment on a 1 – 3 mile hike up and down hills.

So, if you’re reading this and aren’t typically fond of snakes, do photos of them in their habitat hanging out, just being snakes make you feel at ease anymore, or perhaps just be less, well, deadly? If not, what would? Would love to hear!